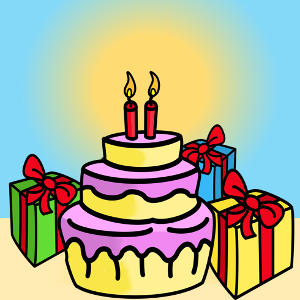 The Song Happy Birthday To You is one of the most recognized songs in the English-speaking world and a great song to play on guitar. Everybody has already sung it to celebrate the birthday of a friend or a family member. The song has been translated in at least 18 languages, mostly in the Western world.

Originally, the song has been composed by two US american sisters, Patty Hill and Milfred J. Hill, who were kindergarten teachers. At this time the title of the song was “Good Morning to All” with completely different lyrics. Their aim was to create a song, which is easy to sing for young kids. So, initally the song was rather a nursery rhyme. It’s not known who changed the original lyrics after to the lyrics that we know nowadays. The first time the song has been published with the lyrics “Happy Birthday To You” was in 1912. Today the song is used to sing for somebody’s birthday when putting the birthday cake on the table.

Chords for Guitar and Lyrics

Since the song is really short and easy to sing, it definitely deserves a place in our list of the best guitar songs for kids. For this nursery rhyme we only need three basic chords: G, D and C. And the best: we don’t even have to learn the lyrics because most likely everybody knows them already.

If you prefer fingerpicking then take a look at the music sheet and the tabs of the song. This version is also quite easy since we play it only on 3 strings. You can download them for free just below. 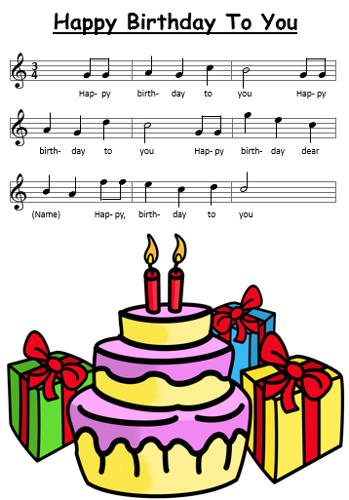